Gramps Morgan today announced the upcoming release of his new single “A Woman Like You” and released an acoustic version of his 2010 hit “Wash The Tears”. The new music – dedicated to women around the world – comes during Women’s History Month.

“My mother lost her battle with cancer in 1988. One day, in 1999 my sister was reminiscing her memory while we were on tour. Her emotions inspired the lyrics and melody for Wash The Tears. Another 11 years later the song was released worldwide,” Morgan explains. “That song has changed my life forever in more ways than one and, will always hold a special place in my heart. Today, another 11 years later I’ve released an acoustic version of the song. The message in the lyrics still ring true after all of these years. The world is still in pain but together “We shall be alright”.

Re -recorded as a way to give back to fans that have supported him and his career for over a decade, the acoustic version of “Wash Away The Tears” was produced by Scottish-born multi-platinum recording artist/producer Johnny Reid and is now available worldwide.

The brand new single “A Woman Like You” was also produced by Reid and is due out April 9th. It is available for pre-order now.

Both tracks were recorded at Soultrain Sound Studios in Nashville and released via Halo Entertainment Group.

For more Gramps Morgan updates, sign up for the newsletter at grampsmorgan.com. 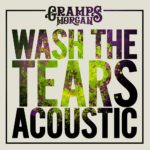 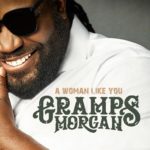